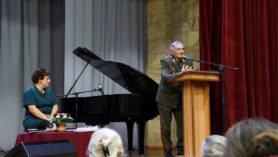 One of the main directions of Union’s activity is to cooperate with different non-governmental organizations and to render material assistance to them if possible.

On October 31 Artsakh Women’s Forum was held at the Stepanakert Culture and Youth Palace, dedicated to the 30th anniversary of the “Mayroutyun” non-governmental organization, the Artsakh National-Liberation Movement and the 25th anniversary of the establishment of “Mother’s Gratitude for Artsakh Heroes” medal. The event was attended by the Artsakh Republic President Bako Sahakyan, state officials, members of “Mayroutyun”non-governmental organization, guests and others.

Hasmik Mikayelyan, Head of “Mayroutyun” NGO, made an opening speech at the event. In her speech, he thanked all those who supported and helped the establishment and development of the organization.

She noted that each member of the organization is ready to participate in all the activities aimed at the development and prosperity of Artsakh.

Artsakh war hero, Major-General Arkady Ter-Tadevosyan attended the forum. He was among the first to be awarded with the “Mother’s Gratitude” medal.

In his speech, he underscored the great contribution made by the “Mayroutyun” organization.

“Maternity is a great value that is sacred for all of us. The contribution of this organization is undeniable both during the Artsakh movement and peaceful years,” he said.

In her speech Sirvard Margaryan also noted: ”From the first day of the liberated movement the organization of women became a political headquarter against the violation of right to self-determination and wilfulness of Azerbaijani authorities in the sphere of human rights. The organization was and still is a social-political independent power. The methods of struggle were different: political mass meetings, demonstrations, hunger-strikes, applications to the international organizations for human rights protection. We supported partisans with food, uniforms and medical means. Every year we visit to the families of victims of Artsakh war and render material assistance to orphaned, deaf-mute and disabled children. ”

Today the organization is using all possible means to support the soldiers. Their problems and needs are in the centre of attention.

The Chairman of Standing Committee on Foreign Relations of AR Parliament and co-chair of the organization Arzik Mkhitaryan, veteran Armen Gevorkyan and poet Socrat Khanyan also had speeches. Congratulating the 30th anniversary of “Mayroutyun” the Union of Artsakh freedom fighters render the organization 300 000 drams as material assistance.

The combatant of the Artsakh and April military operations, commander of the military unit, Colonel Martin Jhangiryan was awarded was ”Mother’s gratitude” medal.

The choir “Mrakats”, ensemble “Aspet” and others performed during the event.

During the event the song ”Qayl” performed by the choir “Mrakats” was premiered. The song is dedicated to Arkady Ter-Tadevosyan. Lyrics was written by Garnik Sargsyan. The author of the melody is Simon Sargsyan. 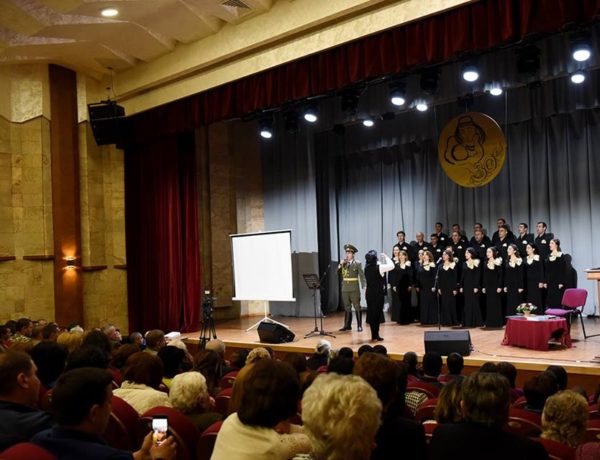 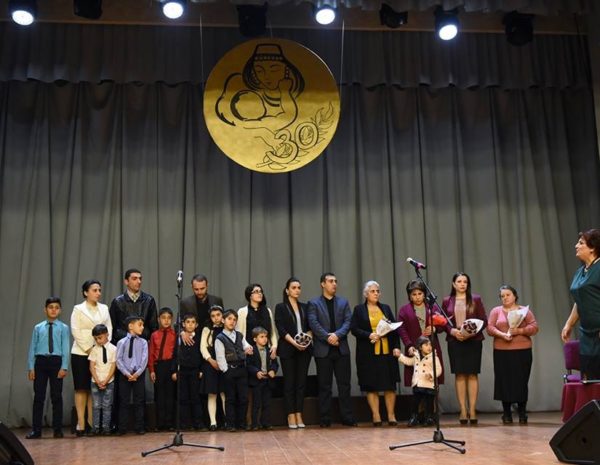 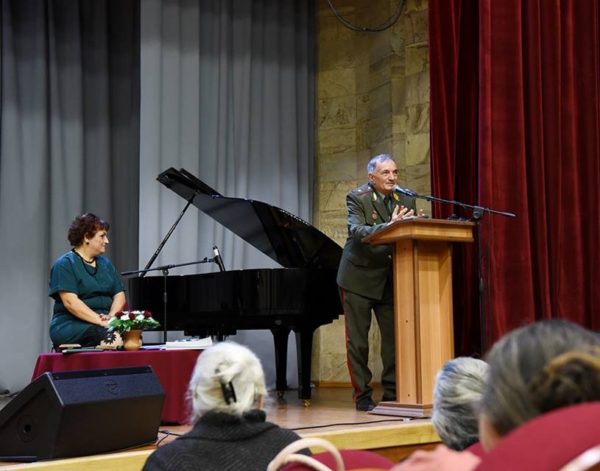 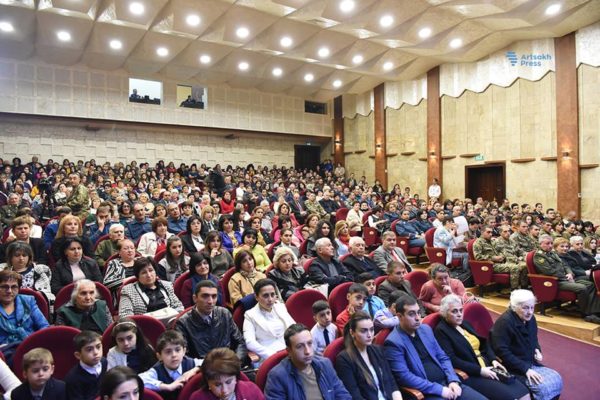