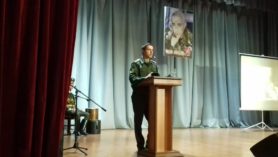 On November 3, a memorial ceremony was organized at the Stepanakert Culture and Youth Palace, dedicated to the 75th birthday of Valery Maroutyan.
The President of the AR NA Ashot Ghoulyan, relatives of Valery Maroutyan, colleagues and other guests were present at the event. Words of gratitude of major-general Samvel Karapetyan on the occasion of 75th birthday anniversary were presented by the editor of “Motherland Defender” newspaper R.Esayan. During the event colleagues of Valery Maroutyan A.Maghaqelyan, E. Aghabekyan, L. Aghabekyan, Chief of Medical service of Defense Army colonel H.Egoryan shared their memories with the attendees. Marout Maroutyan, the grandson of Valery Maroutyan, who also chose the profession of grandfather, also had a speech during the event. The ensemble of DA “Aspet” had performance. During the ceremony the documentary film “The White Front” was presented. The film is created from the shots shooted by Valery Maroutyan in the military field hospitals. 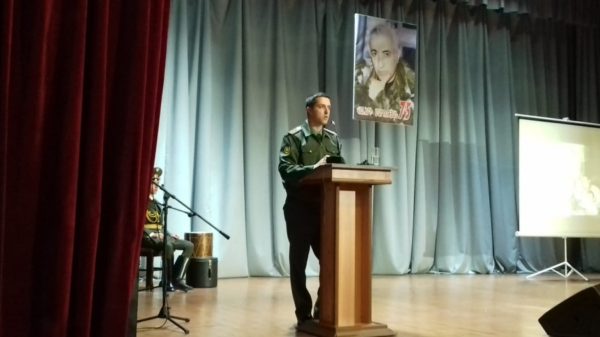