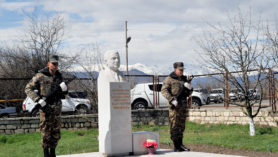 On 2 April the secondary school of Ivanyan named after Onik Grigoryan was crowded. Due to the joint efforts of relatives of the hero the bust was installed in the yard of the school. The opening ceremony of the bust was dedicated to the memory of the martyrs of April war. Grand opening ceremony was attended by the state officials, high-ranking officers, NA deputies and representatives of the UAFF. The participants paid tribute to the memory of lieutenant-colonel Onik Grigoryan and all the heroes fallen for the Motherland.

Welcoming the participants deputy headmaster of the school Ani  Mayilyan noted that the secondary school of Ivanyan was named in honour of Onik Grigoryan. ” The monument which symbolize great deed of fallen hero, was built under the sponsorship of his relatives.”- noted Ani Mayilyan.

The bust of the hero was opened by his children Tatev and Hovhannes Grigoryan.

In his speech comrade-in-arms of Onik Grigoryan Karen Tonyan thanked parents and relatives of the hero. The form master of the hero Argen Mkrtchyan also made a speech.

Pupils of the school and children of Onik Grigoryan recited poems in honour of the hero.

The words of gratitude of major general Samvel Karapetyan was presented by the Chief of Staff of the UAFF Eduard Khachatryan. The son of the hero Hovhannes got souvenirs on behalf of the Union. 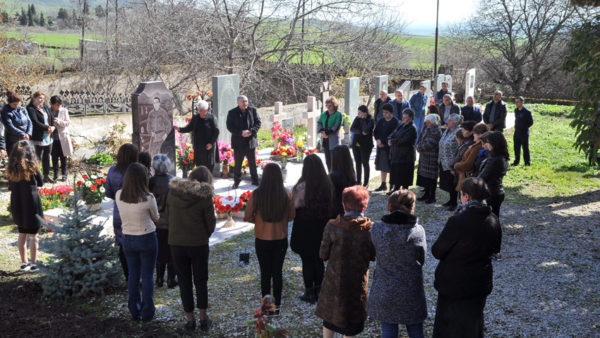 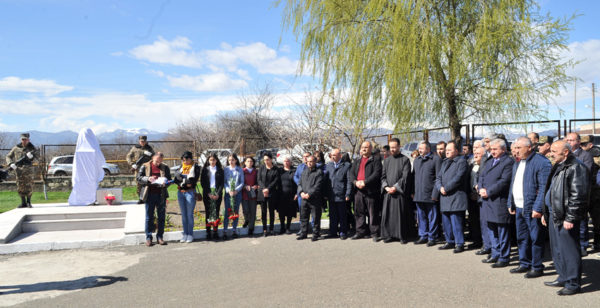 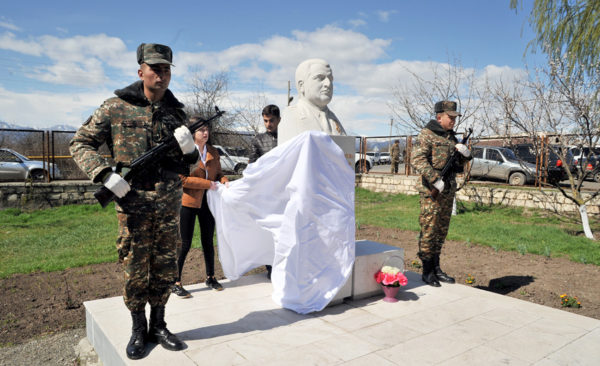 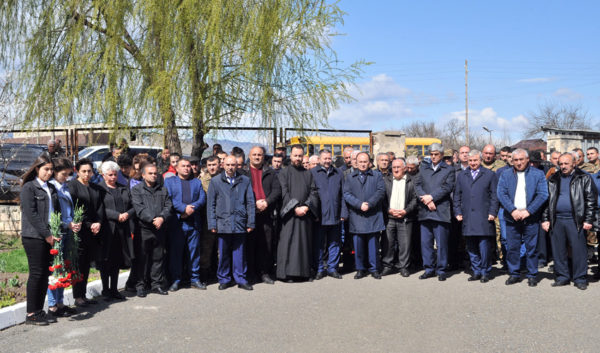 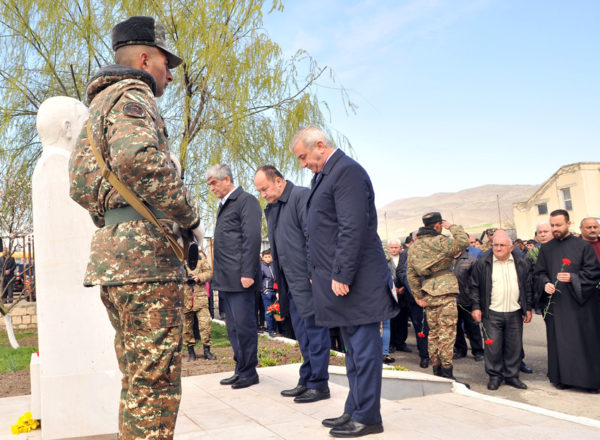 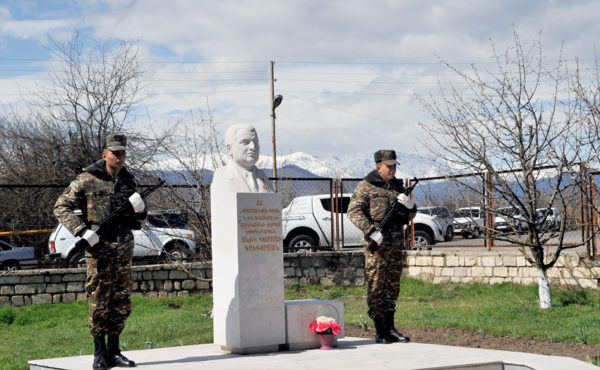 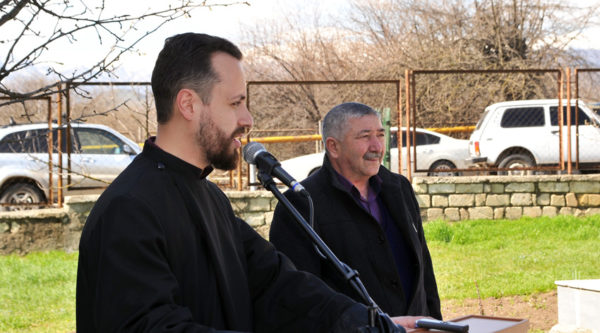 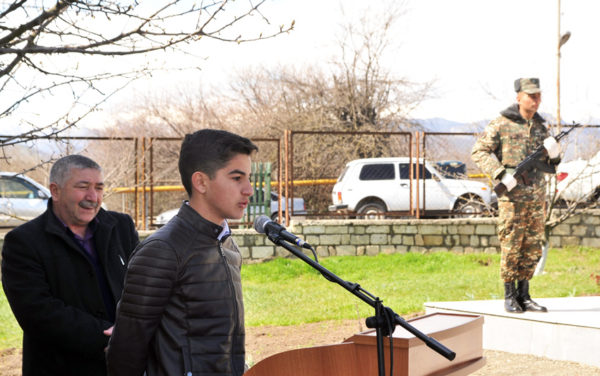 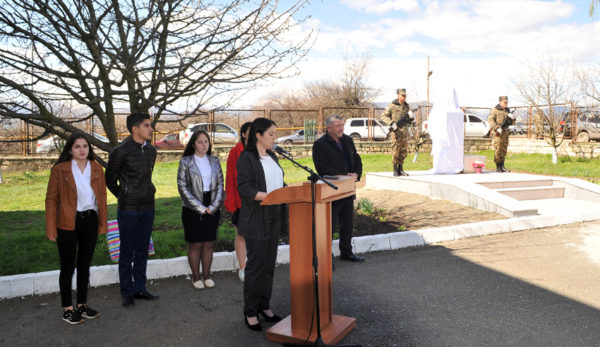 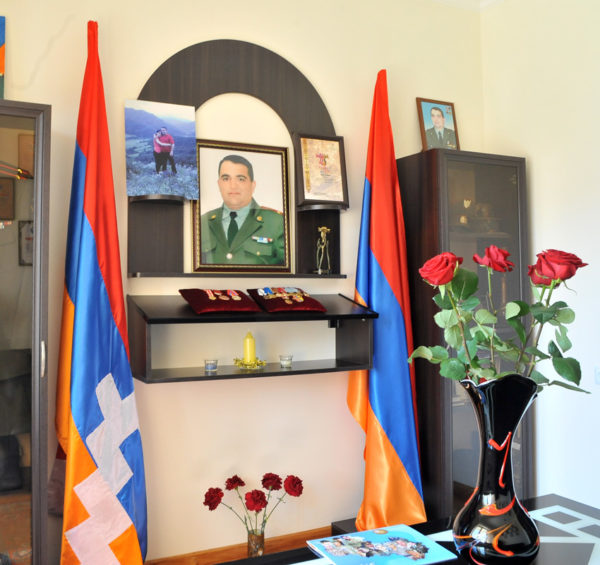