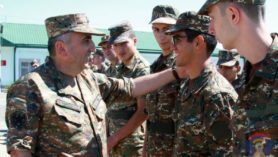 On July 2 a solemn event was organized in National Gathering Facility as the summer conscription kicked off. In connection with the conscription high ranking officers, veterans of Artsakh war as well as the representatives of non-governmental organisations headed by Defence Minister, major-general Karen Abrahamyan visited the Central Assembly Facility to wish the conscripts peaceful and secure service. They toured the facility and talked with conscripts. Major-general Karen Abrahamyan called on the young men to stay true to the honor of being an Armenian soldier, to be vigilant, careful and watchful when protecting the borders of the homeland.

The staff of the Union of Artsakh freedom fighters are always present in the organization of conscription.

“Serving to Motherland and ensuring the security of people is the duty of Armenian soldier”,- in his speech noted the editor of the “Motherland Defender” Robert Yesayan adding that the generation of independence and freedom will do their duty with honor.

At the end of the event major-general Karen Abrahamyan held a private talk with conscripts and answered the questions of latter regarding conscription terms and privileges. 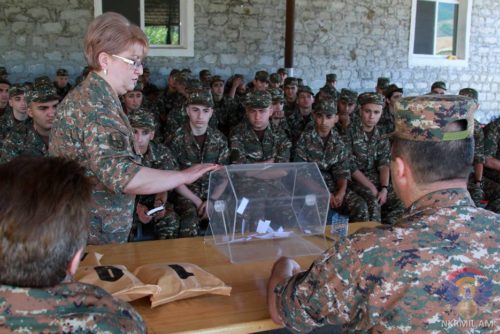 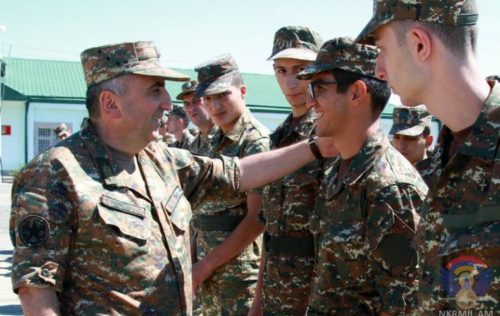 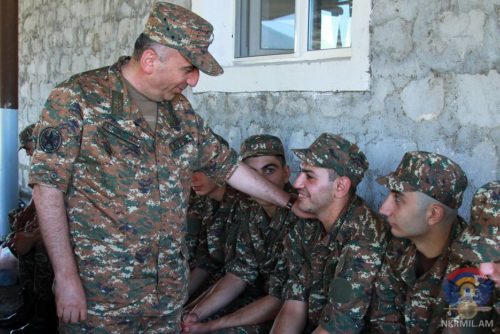 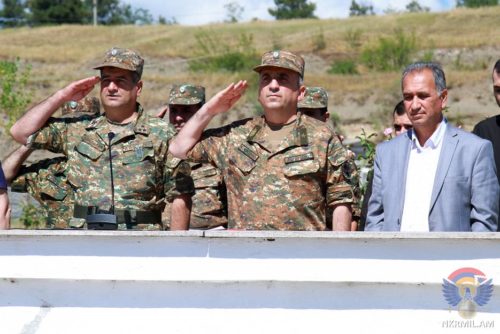