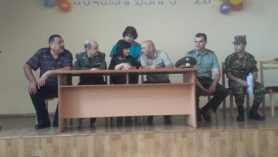 Military-patriotic education of the younger generation is one of the most important issues of our country. Being an organization which unites the participants of yesterday’s struggle, the Union of Artsakh Freedom Fighters today has an important role in the military-patriotic education of the new generation. Traditionally, immediately after the first bell ceremony in all the schools of the republic, a “Bravery Lesson” is conducted. The event which is organized by the Defense Army and the Union of Artsakh freedom fighters, is conducted by army officers and UAFF members.
We were also in school № 5 named after Hayk Balasanyan. The chief of staff of Union of Artsakh Freedom Fighters Eduard Khachatryan thanked all those present on behalf of the Major General Samvel Karapetyan in connection with day of Knowledge and Education and the day of the Artsakh Republic.
The chief of staff conducted a “Bravery Lesson” in the ninth grade. Eduard Khachatryan was a teacher, but he had to become a soldier. He briefly presented the history of the movement, explaining to the children the urgency of our people’s historic choice made by the Declaration of Independence 28 years ago and the necessity of the right to live in sovereignty. Khachatryan also told about Artsakh war and the martial route of the military units and subdivisions created and established during the war.
E. Khachatryan called on the students not to waste time, to study well, to obtain solid knowledge, as only an educated youth is invincible. 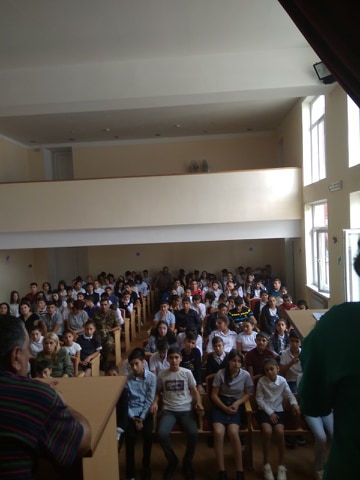 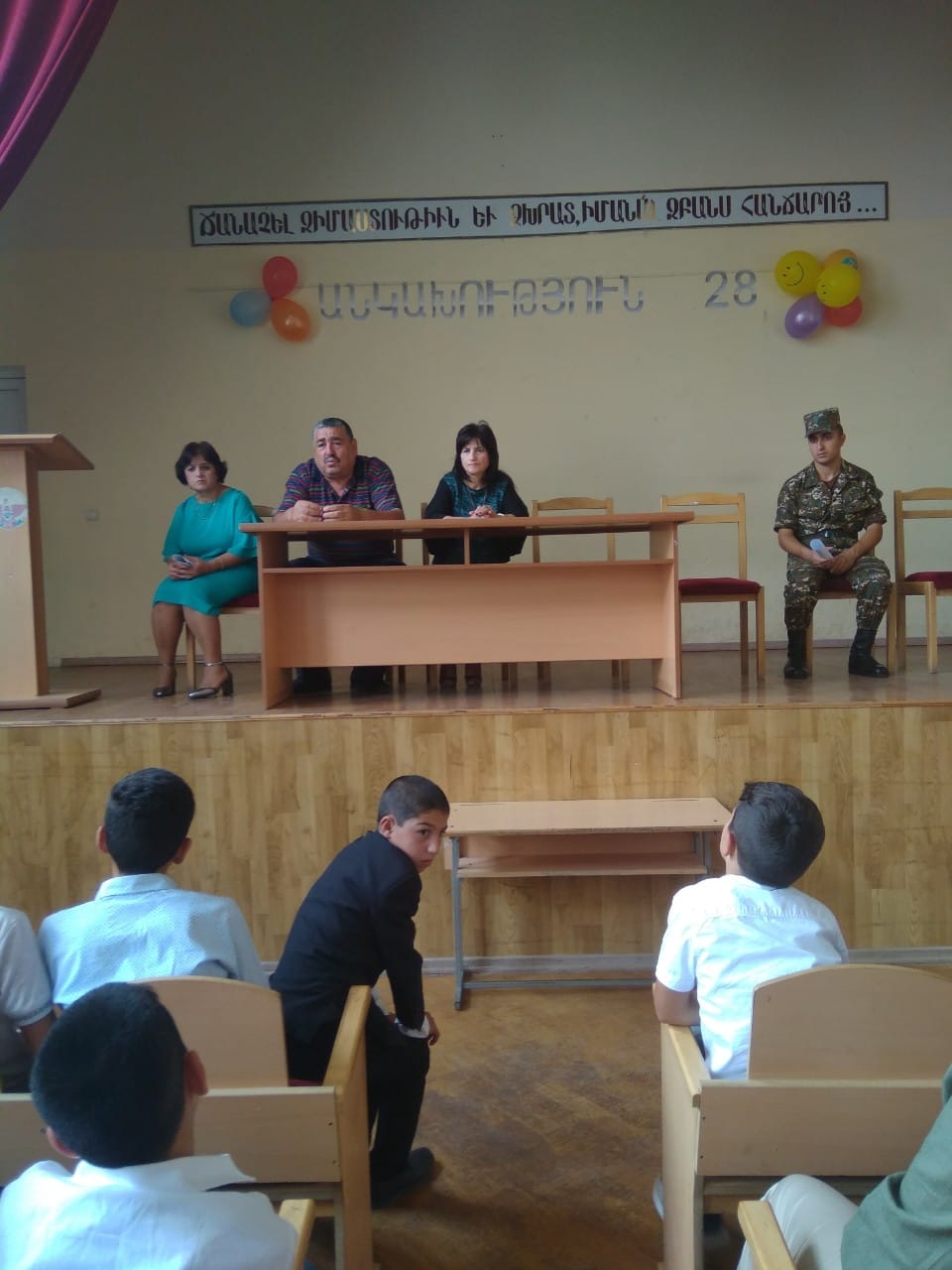 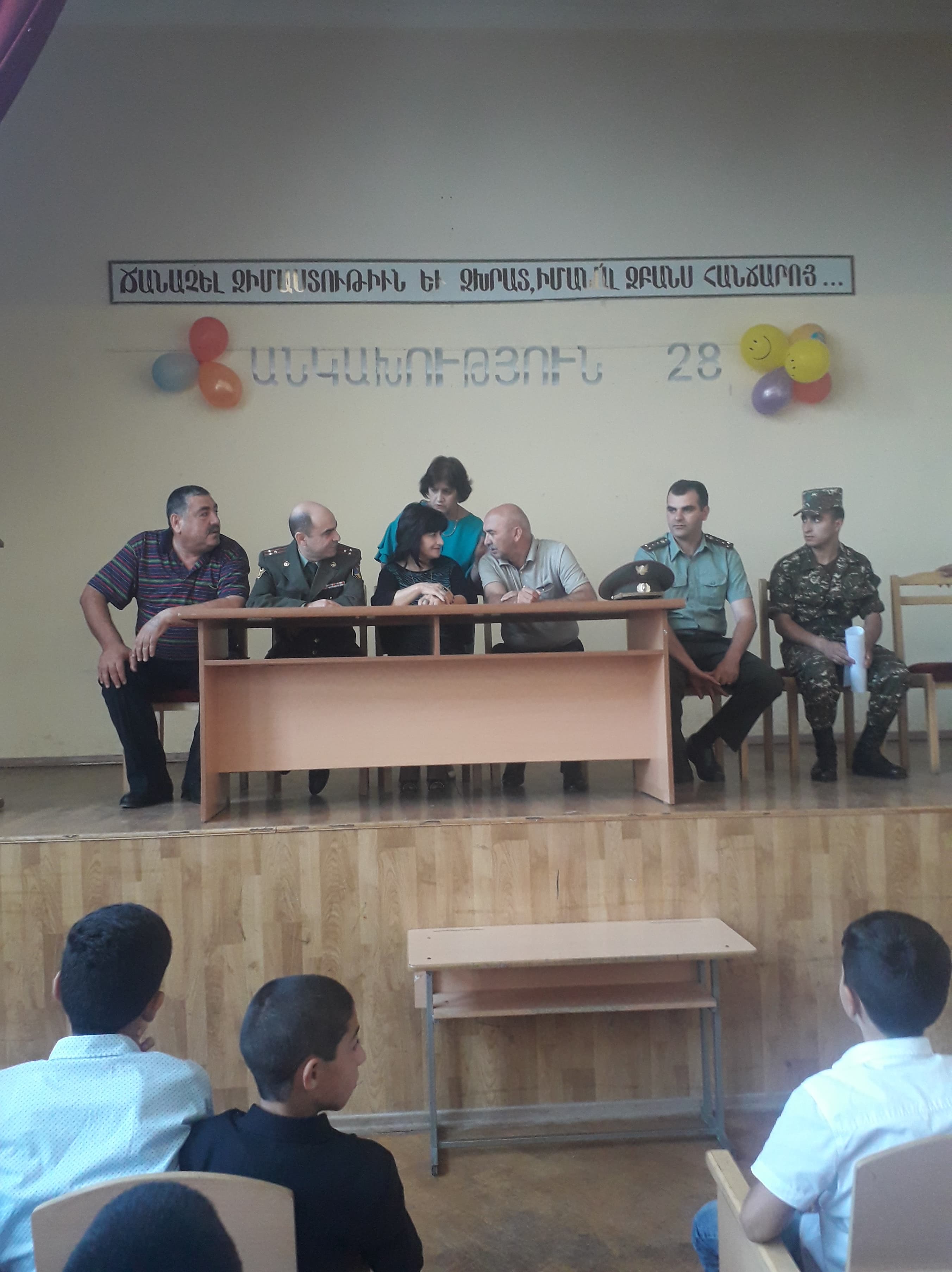