Today is the birthday of hero of Artsakh, Major General Samvel Karapetyan. Samvel Karapetyan was among the pioneers of the Artsakh National-Liberation Movement, had a significant contribution in realizing the sacred aspirations of our nation to achieve freedom, stood in first lines during the imposed on us war, participated in forging the victories and building the independent statehood. Together with his supporters, he had a great contribution to formation of the Armenian Army which is now one of the most efficient and organized armies in the region. As the founding commander of the legendary Central Defence Region during the Artsakh War, his combat path stretched from Arax to Omar, from Ghochaz to Gulijah, during which he liberated about three dozen Armenian settlements, destroyed more than 60 enemy military bases and hostile artillery.
Samvel Karapetyan’s contribution in the sphere of army building is invaluable. Since assuming his post of Deputy Commander-in-Chief of the Defence Army in 2001 he undertook construction of multi-layer protective lines at the contact line which has made the eastern borders of Armenia impassable and inviolable. It is invaluable the role of major general Samvel Karapetyan during the April war. In Seysulan, where the battles were led by major-general Samvel Karapetyan, the enemy’s success lasted only some hours.
Today Samvel Karapetyan is a retired general. He heads a non-governmental organization that unites thousands of freedom fighters who have been involved in Artsakh war and which is always ready to stand for the defence of our Motherland in case of necessity. 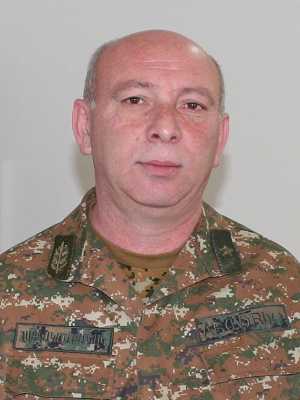