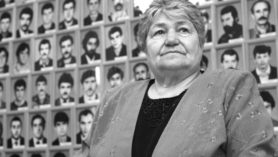 Years ago the founder of the AR Union of Relatives of Perished Freedom Fighters Galya Aroustamyan untimely passed away. She would have turned 80 today on September 23.
Galya Aroustamyan enjoyed great respect not only in the Motherland but also beyond its borders. She was a well-known public figure, took an active part in the Artsakh national-liberation struggle. Her contribution in keeping alive the memory of perished freedom-fighters and in the patriotic upbringing of the younger generation is invaluable.
Nothing has changed in the memorial of fallen freedom fighters, except for the unfortunate fact that visitors were not greeted by Galya Aroustamyan.
Galya Aroustamyan lives in the hearts of all who know her. Recently, I talked to people who knew her.
Mher Harutyunyan, PhD in History, rated high Mrs. Galya’s activity, particularly highlighting her role in keeping alive the memory of the national-liberation struggle martyrs and patriotic upbringing of the younger generation.
Since 1994, Ms. Galya managed the Union of Relatives of Perished Freedom Fighters she founded. She has devoted all her energy to the foundation of the museum. I had many opportunities to meet and admire Mrs. Galya.
In response to my question about how she decided to found museum she said. “We had been in the cemeteries roads all day after my son was killed. We met with relatives of the victims, talked to each other, gave each other advice. I wasn’t coming home. Then I thought about found a union where we could come together, talk to each other and to helping each other. I asked the municipality to provide a room. There were new victims, I would go to homes, take pictures and collect them. Besides, in 1993 the newspaper “Martik” started to be published. I kept them too. I slowly created a large archive. Then I registered the union and created a small corner. We have been working for 20 years. We were devoted to our army and state. Those were difficult years but the Diaspora and various organizations in Armenia helped us. The museum was founded in 2002. I already had many pictures, the archive was growing. I founded it with great difficulty. I had to go to Yerevan several times per month to maximize photos of martyrs, to put them in frames and to bring.”
The museum founded by Aroustamyan is a great heritage for future generations. Arthur Aroustamyan, who assumed his mission after his mother’s death, said that he would continue his mothers mission. “My mother was the mother of all perished freedom fighters, I will be the son of all those mothers, who lost their children in war.”
It should be noted that in the foyer of the memorial museum a corner was created dedicated to Galya Aroustamyan. Galya Aroustamyan‘s bright memory will always remain with us. 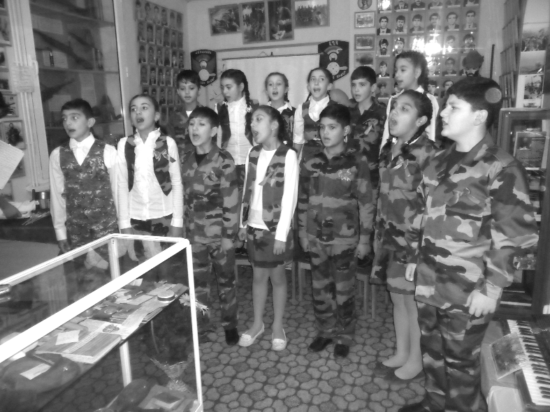 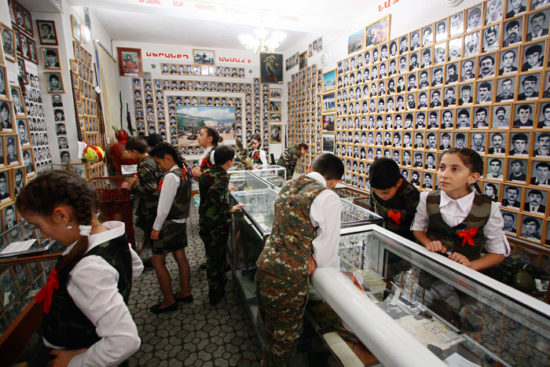 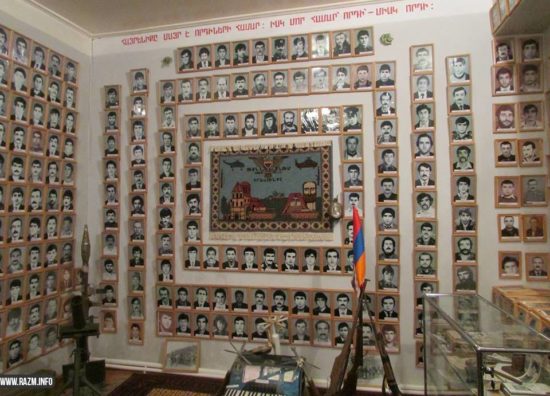 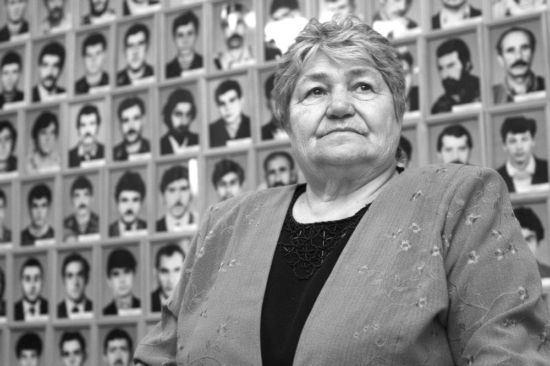