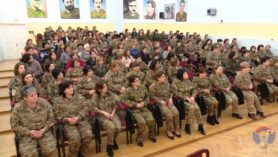 “Dear female servicemen, mothers, sisters,
I cordially congratulate you on March 8, International Women’s Day, wish you health, success and new achievements in life.
The role and mission of the Armenian woman is great in life. Armenian woman confirmed her indispensable role in the Defence Army. For centuries the Armenian woman has been the selfless defender of national values, the devotee of upbringing and teaching generations of Armenian writing and culture, who continues to prosper not only the native hearth but also social life and homeland.
Indeed, the role of female servicemen in the Army is invaluable; their will and skill are exceptional, and they are inspiring and worthy of admiration.
Dear female servicemen, mothers, sisters
Again and again I warmly congratulate you on the occasion of March 8, International Women’s Day. May happiness and success always accompany you.”

At the end of the event, female servicemen and the staff of economic department of the Defence Army received financial reward from the Army Command and flowers from the Union of Artsakh Freedom Fighters. 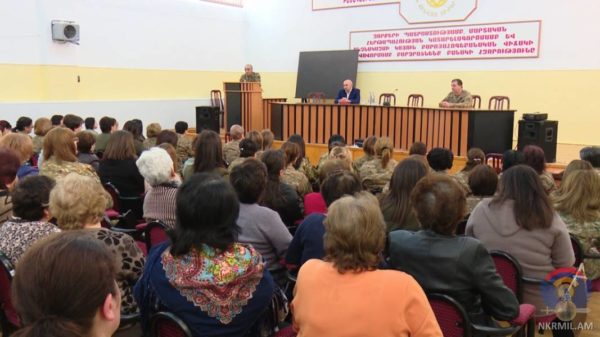 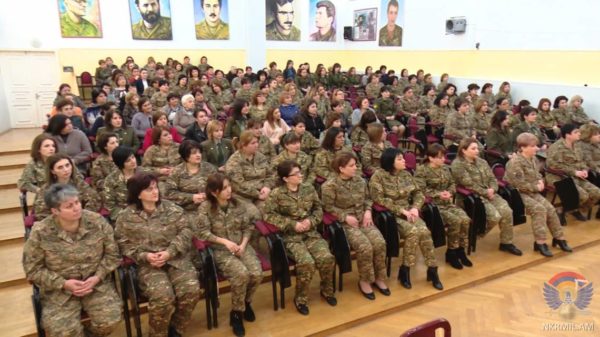