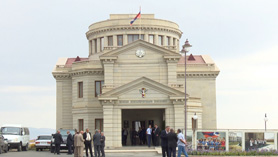 7.2 The membership in the Union is voluntary, except the cases when the member is expelled from the Union by the decision of the administration.

7.3 Each citizen who wants to become a member of the Union should apply to administration through the communal and regional councils. Besides the application the applicant should submit reference about the participation in the military actions or about support to the defense given by the commanding officer or military commissar. The reference should be confirmed by the proper council.

7.4 The admission of any members is decided by the administration of the Union. The rejection of application can be appealed to the conference of the Union. All members of the Union are given membership cards.

7.6 The Union can have honorary members.